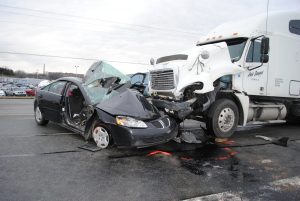 The MINNEAPOLIS BIG TRUCK ACCIDENT LAWYERS at the Schmidt Salita Law Team have decades of experience in handling BIG TRUCK injury cases.  They have taken on BIG CASES, starting with the successful prosecution of a double death caused by a defective tire that was settled against B.F. Goodrich Tire Company.  Over the course of 40 years, Douglas Schmidt has produced settlements of $2 million in 3 cases involving large commercial trucks. He knows from experience that with big trucks often come big injuries.  Currently, the firm is handling 2 cases in which the crash was so huge that the truck tractors in each case were actually totaled!

The Schmidt Salita Law Team has experience with a wide variety of cases involving BIG TRUCKS, including BIG SEMI TRUCK-TRAILER COMBINATIONS, 18 wheelers, and straight trucks. The ST. PAUL BIG TRUCK INJURY LAWYERS have the know-how, skill and determination to bring justice to the victims of personal injury and wrongful death.  If you or a loved one has been involved in injury or death in a case with a large commercial truck, it is very important that you have a personal injury lawyer with experience in trucking collision cases.

Doug Schmidt, the senior trial lawyer with the Schmidt Salita Law Team started his career in BIG TRUCK LITIGATION with the case of 2 Iowa truck drivers who were killed in North Carolina when a B. F. Goodrich tire on the front steering axle “blew out”, pulling the tractor trailer rig off the roadway and into an adjoining lake.

The Commercial Truck Accident Lawyers at the Schmidt Salita Law Team successfully settled a case in Northwestern Iowa where a farmer was killed when a large semi-truck rammed the rear of his pickup.  This case settled for a large, confidential, sum.

Schmidt Salita Lawyers successfully obtained a jury verdict from a Brown County, Minnesota jury involving a large semi-truck trailer and a passenger van.  The truck-trailer rig was an 18-wheeler with an articulated trailer.

Schmidt Salita Lawyers recently settled a case for a Minnesota woman who sustained a brain concussion injury for $1.5 million. The truck collided with the rear of the woman’s car.  Accident reconstruction determined that the semi-truck with a gross weight of nearly 80,000 lbs. collided with the rear of the car, which was stopped, at a speed of 35 mph.

Doug Schmidt, the senior trial lawyer, settled a case against International Harvester for defective gas tanks (saddle tanks) on a semi-tractor in a case involving a crash fire.  The driver sustained major burn injuries.  The co-driver suffered fatal injuries.  The case involved a collision between a semi truck-trailer unit and a “bobtail” (tractor only-no trailer) tractor.

This Schmidt Salita client was stopped in a construction zone when a semi-truck out of Indiana crashed into the rear of the car in which she was riding.  The Minneapolis Big Truck Law Team recovered over $1 million for the client, even though she was treated and released from the emergency department after the crash.

This Schmidt Salita client was injured as she was in the process of passing a semi-truck that was slowing to make a right turn when the truck veered into her lane, blocking her lane of travel. The result was a crash causing extensive personal injury.

In yet another case, the Schmidt Salita Truck Accident Lawyers represent the victim of a 5-vehicle crash that left vehicles strewn across three lanes of traffic.  The client sustained major injuries, including a concussion.

Big Crash Due to Equipment Failure:

Equipment failures are a frequent cause of crashes involving big trucks.  In a recent case, the truck driver’s vision was blocked by an engine hose that failed, spraying fluid onto the windshield.  The Schmidt Salita Big Truck Lawyers produced evidence of prior maintenance problems that should have placed the owners of the truck on notice of the problem and prompted repairs. A big settlement resulted. 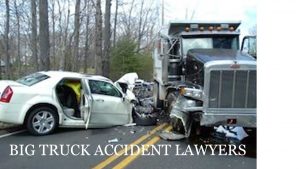 The Schmidt Salita Truck Accident Lawyers successfully represented the family of a Minnesota high school student who was killed when his car was rear-ended by a large commercial truck whose driver was traveling at an excessive speed in bad weather conditions.

Schmidt Salita lawyer Doug Schmidt successfully represented a southwest Minnesota farmer who sustained a very serious spinal injury when struck by a falling object during unloading of a truck.

The Schmidt Salita Minneapolis Team successfully represented the family of a Twin Cities construction worker who was crushed by a large crate during the process of unloading a truck at a Bloomington, Minnesota construction site.  The Schmidt Salita Minneapolis Team successfully produced  a settlement in a wrongful death claim against the large Indiana company that negligently loaded the truck.

The Big Truck Accident Lawyers at the Schmidt Salita Law Team want you to remember these statistics:

Under Federal commercial vehicle law, a large commercial truck can weigh as much as 80,000 pounds gross vehicle weight.  These huge vehicles are capable of producing massive destruction when involved in crashes with other vehicles on the roadway.

In most states, large commercial trucks can be as long as 53 feet. (Longer truck and trailer combinations are allowed under special circumstances.)

These size and weight considerations make it difficult for large commercial trucks to maneuver on the highways and especially difficult to maneuver corners.

This large size can cause additional difficulties with the maintenance of a proper lookout due to “blind spots”.  Blind spots are a really serious problem in causing trucking collisions.  Many collisions of trucks with smaller cars result from the blind spots where driver cannot see the car.  As a result, there are many car accidents involving large commercial trucks. 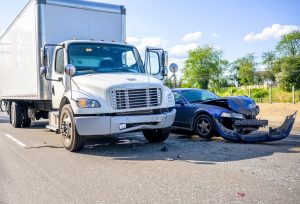 Large commercial vehicles, including semi-truck/trailer combinations, account for a large percentage of the usage of the highways of the United States.

Recent statistics show that large trucks account for approximately 4% of the registered vehicles on the roadway and 9% of the vehicle miles traveled.

Statistics show that the percentage rate of fatal crashes per miles traveled is roughly the same as between large commercial vehicles and a regular passenger vehicles. Accordingly, because of the higher rate of miles traveled, it logically follows that large trucks will be involved in a higher percentage of injury related motor vehicle collisions.

Driver Fatigue Is A Factor In Big Truck Crashes.

Truck drivers spend long hours behind the wheel.  The result is driver fatigue, which is a significant contributing factor in truck-car accidents.

According to the IIHS, driver fatigue is indeed a contributing factor to a significant number of truck crashes. The Institute found that truck drivers who have driven for more than eight hours are twice as likely to become involved in a collision.

Recently, the Institute’s research found the truck drivers who violate the hours of service requirements also are more likely to a fallen asleep behind the wheel.

Another study also found that truck drivers who do not properly maintain their logbooks in which they record their hours of service are more likely to have been involved in a collision.

Defective Truck Equipment Is A Cause Of Collisions With Big Trucks.

Many studies have determined that semi tractor-trailers with defective equipment are twice as likely to have been involved in a collision in comparison with trucks that are properly maintained.

Brake defects were the most common type of defective equipment, occurring in 56% of the semi tractor-trailer crashes. Steering equipment defects were found at 21% of the crash involved trucks. Douglas Schmidt has successfully sued B.F. Goodrich in a wrongful death products liability case involving a tire “blow-out”.

“Big trucks often cause big crashes and big injuries. With the involvement of a team of experienced trial lawyers and staff, all knowledgeable in the handling of trucking collision injury claims, the result should be, in most cases, a larger settlement or recovery than in other motor vehicle related crashes.”