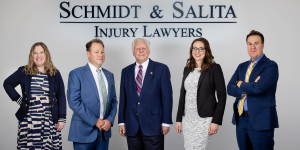 DOCTORS OF CHIROPRACTIC ARE THE “SAFETY NET” FOR OVERLOOKED CONCUSSION INJURIES

The Schmidt Salita Concussion Injury Lawyers wish to share some of the basic facts about concussion injuries:

The Brain Injury Association of American reports that concussion victims have serious long-term consequences with a reduced life expectancy of 7 years with the following increased risk factors:

The National Institutes of Science, Medicine and Engineering has declared it to be a MYTH that nearly all concussions “recover”.

The world’s most respected neuropsychologist, Dr. Muriel Lezak says that it is wrong to use the term “recovery” in describing concussion cases:

“I do not use the term “recovery” when discussing brain injuries.  Damage that is severe enough to alter the level of consciousness even momentarily, or to result in even transient impairment of sensory, motor, or cognitive functions, is likely to leave some residual deficit.”

Perhaps the most statistically reliable study has reported that:

Doctors of Chiropractic Can and Should Be the Safety Net for Concussion Injuries Overlooked by the Medical Community. 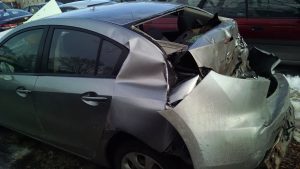 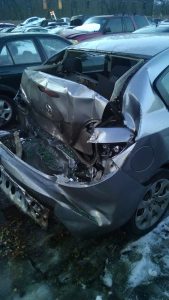 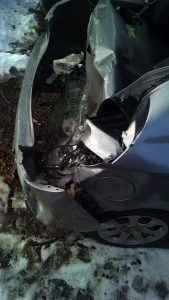 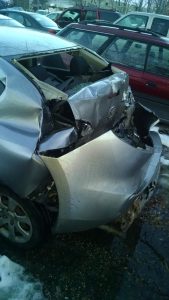 Jennifer is one of the poster cases of the Schmidt Salita Law Team’s success in providing professional concussion injury legal services to its clients.

Jennifer was a middle aged woman who was stopped in rush hour traffic when her car was rear-ended at 30-40 mph by a huge semi-truck. Her car was totaled.  The huge semi-tractor smashed into the rear of Jennifer’s car and rode up over the top of it.  The front bumper of the truck ended up in the back seat of her car.

Two days later, she presented at the Urgent Care Clinic of a major health care network, complaining of “whole body pain”, again with no concussion screening and no diagnosis of a concussion.

Five days later, she was seen by her primary care physician-again no concussion screening.  By this time, her concussion injury had been overlooked by an EMT crew, an Emergency Doctor and his entire crew, an Urgent Care doctor, and her family doctor!!!

Thankfully, her MD referred her to a Doctor of Chiropractic who took a history of the classic symptoms of a concussion injury: forgetfulness, loss of concentration, headache, dizziness, ears ringing, fatigue, depression, light sensitivity, and irritability-and diagnosed the concussion. A referral, made to one of the few medical doctors who are Board Certified in Traumatic Brain Injury Medicine, confirmed the concussion diagnosis and instituted appropriate therapy.

The Concussion Injury Lawyers on the Schmidt Salita Law Team worked hard to bring justice to this case.  It was settled for $1.5 million dollars.

The most important take-away fact of Jennifer’s case:  The Doctor of Chiropractic outperformed 3 medical doctors, recognizing the acute symptoms of concussion, and served as the safety net for this victim of a serious concussion injury. Bravo!!!

Then, a great Concussion Lawyer Team brought justice in the form of a $1.5 million settlement to the concussion victim-notwithstanding the misdiagnosis of three medical doctors.