The Minnesota Farm Truck Injury Lawyers at the Schmidt Salita Law Team has over 100 years of experience in handling various personal injury and wrongful death claims in Minnesota.  That experience includes many cases of injury to farmers and farmworkers.

Farmers Work Hard! Their Lawyers Need to Work Hard Too!!!

Farm work requires skill and a tireless work ethic. While the work may be tough it is can be very rewarding while allowing one to enjoy the outdoors and wonderful Minnesota landscape. Farm work is often a rewarding way to earn a living, it can be dangerous and even deadly if landowners, operators, and farm equipment manufacturers do not take safety seriously. In fact, according to the US Department of Labor, the farming industry fatalities rose 11% in 2008, with 651 deaths recorded across the country. Aside from farm industry fatalities, 243 agricultural workers suffer injuries every day in the United States, 5% of which lead to permanent disabilities. 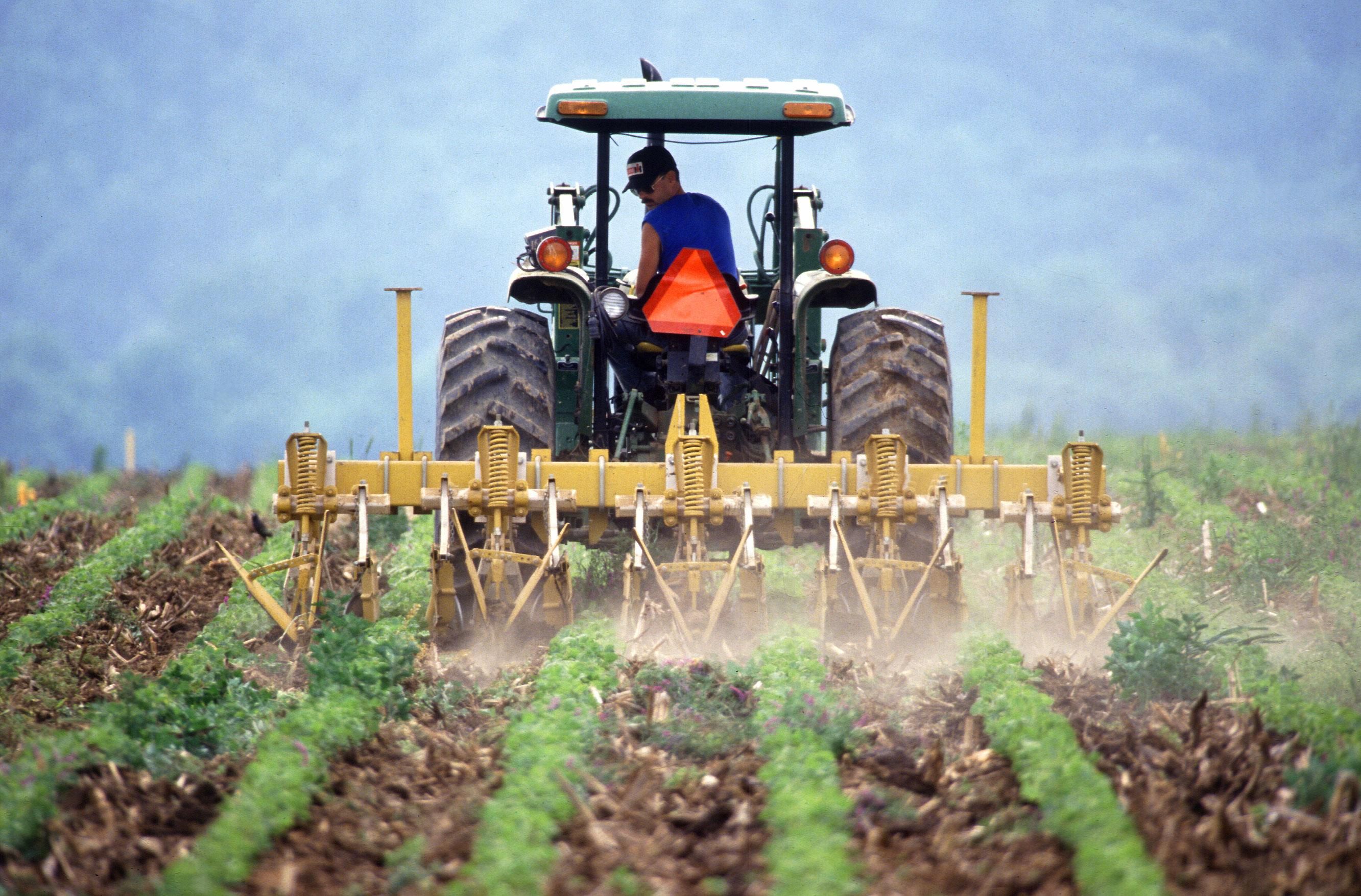 In farming range from cuts and scrapes to total disabilities and fatalities. The Farm Injury Lawyers on the Schmidt Salita Law team have experience in bringing a successful result to a large number of different injury types including the following:

-Internal injuries to a child due to ingestion of chemicals.

-Toxic injuries due to exposure to insecticide.

-Spinal cord injury due to falling hay bale from truck.

Most traumatic injuries occur during interactions with machinery, especially tractors. Injuries also result from poor building design, electric power, livestock handling, and weather conditions. The activities that victims were most often performing when injured are machinery maintenance, fieldwork, and caring for animals.

Accidents have been identified as the leading cause of deaths and disabling injuries on farms. Tractors are the most frequent cause (one-third to one-half) of injury for fatal farm accidents but account for a much smaller percentage (5 to 10 percent) of nonfatal farm accidents with overturn accounting for about one-half and runover accounting for about one-fourth of such accidents. Most deaths caused by overturns and runovers could be prevented if tractors were equipped with rollover protective structures (ROPS) and seat belts and if passengers were not allowed on tractors. However, only about one-third of the tractors on U.S. farms are equipped with such protective structures. According to a study in Pennsylvania, less than 19 percent of the tractors had ROPS. Other types of fatal injuries involving tractors are caused by power takeoff (PTO) entanglements, contact with overhead electrical wires, and road collisions.

Injuries Due to Machinery Other Than Tractors:

Most accidents occurred when the victim was struck by or struck against the machine while performing maintenance on combines with grain heads when the machine was not running. Other types of injuries that happen when working with machinery include entanglements in belts, chains, gears, power takeoffs at the tractor and along the PTO drive, and crop gathering and moving mechanisms. Most machinery is manufactured with protective devices, and warning signs are placed on the machines at spots where workers can become easily entangled.

The most frequent type of nonmachinery-related injuries is ‘struck by or against an object. These injuries generally result in a bruise or fracture to the head and most often happen while performing chores involving animals or treating animals.

In addition to airborne dust, some gases can cause acute toxicity. The primary locations of these gases are silos, manure pits, and modern semi-enclosed animal production buildings. Soon after corn is ensiled, nitrogen oxide levels begin increasing and continue to increase for about 7 days. Anyone entering silos during the first 2 weeks after filling may experience difficult or labored breathing or, in the extreme case, death. Hydrogen sulfide, methane, ammonia, carbon dioxide, and carbon monoxide are some of the toxic gases emanating from manure pits, especially when the manure is being agitated. Even when the levels of these gases are not high enough to be fatal, unconsciousness may cause drowning or near-drowning in manure liquids. High levels of ammonia have been documented in poultry and swine confinement facilities, especially in winter. Concentrations of ammonia in these facilities would ordinarily be only a strong irritant to the eyes, nose, and throat but when combined with organic dust could cause pulmonary damage.

Cancers: Leukemia, Hodgkin’s disease, non-Hodgkin’s lymphoma, multiple myeloma, and cancers of the lip, skin, stomach, prostate, and brain have excessive occurrences in farmers. The marked frequency of these cancers in farmers have not been conclusively identified. However, “cancers of the skin and lip are linked to increased exposure to the sun’s ultraviolet radiation,” exposures to nitrates, pesticides, viruses, antigenic stimulants, and various fuels, oils, and solvents are suspected causes of many cancers. Some evidence indicates women on farms have higher incident rates of multiple myeloma than do farm men.

Noise-induced Hearing Loss. Another occupational hazard for farmers and farm workers is hearing loss caused by exposure to farm machinery, especially tractors. Hearing losses affect about a quarter of younger farmers and one-half of older farmers. “Significant numbers of those affected have been found to develop a communication handicap by age 30.

Stress-Related Mental Disorders. Farmers, farmworkers, and farm family members have high rates of stress-related mental disorders, especially depression. “Some of these disorders appear to be related to isolation, and others result from agricultural stressors such as economic hardship and weather conditions. Factors beyond a farmer’s control, such as reduced revenue, increased workload, weather, management problems, were found to cause significant mental stress.

The Schmidt Salita Farm Injury Lawyers have successfully represented the victims of farm injury related cases including these:

-Spinal injury to Minnesota farmer who was injured by falling load from truck delivering hay bales.

-Severe ankle-foot injury to Minnesota farmer resulting from the unloading of a combine from an implement dealer’s delivery truck.

-Death of a southeastern Minnesota due to being trampled by a cow in a livestock buying station.

-Hand injury to central Minnesota farmer while attending to a malfunctioning combine/harvester.

-Wrongful death of southeastern Minnesota farmer crushed when falling from a farm implement.

The Schmidt Salita Farm Injury Lawyers have experience in bring justice to the victims of non-injury economic losses.  That experience includes the following:

-A $54 million recovery for Midwest farmers in Minnesota, Iowa, Wisconsin, Illinois, Indiana, and Ohio for fraud by Chubb INsurance Company in the marketing of a “rain insurance” policy.

-Representation of 160 southwest Minnesota farmers against Ciba-Geigy Chemical Company for non-performance of a soybeen herbicide.

-Representation of a southeastern Minnesota farmer against Dow Chemical Company.

-Representation of a southwest Minnesota dairy farmer for damage to the dairy herd by a vaccine.

-Representation of a southeastern Minnesota dairy farmer against Hubbard Milling Company for negligence in formulation of the feeding ration.

-Representation of a mid-Minnesota dairy farmer for adulterated dairy feed.

FARM EXPERIENCE IS IMPORTANT TO THE SUCCESS OF FARM INJURY LAWYERS.

The senior trial lawyer at the Schmidt Salita LawTeam, Douglas E. Schmidt was born and raised on a farm.  He actually “put up hay” with horses.  He “walked” the soybean fields.  He milked the cows by hand.  He rode a bale wagon, throwing 85 lb. alfalfa bales.  He knows that farmers work hard-and deserve a lawyer that will work as hard as they do.