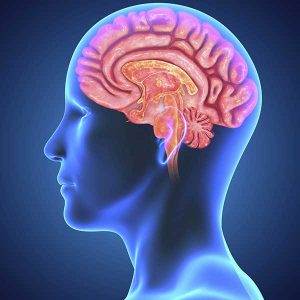 The Schmidt Salita Law Team specializes in representing the victims of Concussion injuries, Post Traumatic Stress Disorder and Chronic Pain.  They call your attention to the fact that the three entities have commonalities in terms of common symptoms including headaches, cognitive impairment (memory, concentration, slowed thinking), fatigue, sleep difficulty and depression.

They also have the common attribute of all having common changes to the brain and the central nervous system.  Recent literature is exposed the fact that each of these three entities can result from common changes in the brain structure as a result of trauma. Recently, a medical researcher identified “acute and chronic changes in neurochemical systems in specific brain regions, which resulted in long term changes in brain circuits involved in the stress response… felt to play an important role in PTSD.” The author noted significant the deficits of verbal memory in PTSD victims. See  Bremner, traumatic stress: effects on the brain, dialogues, clinical neuroscience (2006); eight (4): 445 – 461.

Other studies have identified functional and structural changes in both the brain and the central nervous system in patients with chronic pain, resulting in maladaptive processing of pain. Henry at all, clinical review: current concepts; central nervous system reorganization in a variety of chronic pain states, (2011) 3 Physical Medicine and Rehabilitation, 12, P. 1116 – 1125. Another author reported, long-term “plastic changes in the brain” involving “presynaptic and postsynaptic cortical mechanisms of the brain”resulting in critical deficits of learning and memory often occurring after peripheral bodily injury. Synaptic and Postsynaptic Cortical Mechanisms of Chronic Pain, Molecular Neurobiology (2009), 40 (three): 253 – 9.

Dr. Henry noted that as the CNS changes in chronic pain, “are likely influenced by comorbidities” with progressive decreases in gray matter areas which are involved in pain, processing of patients with chronic pain leading to the development of chronic, permanent  “pain memories”.

The “toxic mix” can often involve depression and anxiety, conditions that are well-known sequelae of PCS, PTSD and CPS, producing the common symptoms of fatigue, sleep disorders, headache, etc. as noted by the Position Statement: Definition of Traumatic Brain Injury, published by in the Archives of Physical Medicine and Rehabilitation (2010), 91 (11), PP, 1637 – 1640.

-Problems of nomenclature and definitions in regard to mild TBI.

-A significant number of mild TBIs occur without any immediate acute symptoms.

-It strongly suggested that a diagnosis of TBI should be considered whenever symptoms of confusion, disorientation exist.

-Symptoms of amnesia, headache, fatigue, sleep disorder, etc  may be attributable to PTSD.

It noted that many moderate to severe TBIs are being diagnosed as mild TBI.  It further noted that a significant number of mild at the archives of physical medicine and rehabilitation noted significant problems of nomenclature and definition with regard to mild traumatic brain injury. It emphasized the problem of patients with moderate or severe TBI been diagnosed as having mild TBI. It further noted the existence of mild traumatic brain injury in the complete absence of any initial symptoms. It further noted the need to quote a careful clinical interview is considered essential to establishing a diagnosis of PTI, particularly in the absence of clinical or other witnesses. Nevertheless, the group felt strongly that a diagnosis of TBI should be considered when symptoms (of alteration of consciousness), I reported, even in the absence of any of the more objective criteria such as LOC, PTA, or neurological deficits.” Also, “there is brain damage, but there may be a total absence of any complaint of clinical symptoms (typical of a concussion injury).