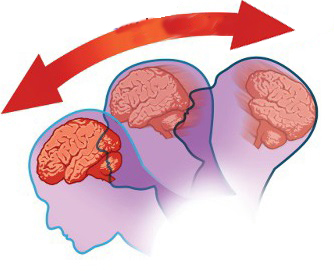 CONCUSSIONS ARE THE SILENT EPIDEMIC-OVERLOOKED BY THE MEDICAL COMMUNITY.

It is estimated that over 50% of concussions and overlooked, ignored, and unreported.

This is a major health problem.  It is estimated that approximately 5.3 million Americans have chronic disabilities as a direct result of a TBI.  Mild Traumatic Brain injuries are often dismissed as minor when, in fact, many produce serious, severe permanent and devastating disability.

America has made big strides in the recognition, assessment and treatment of concussion injuries in sporting activities.  After many years of fighting against the concept of Chronic Traumatic Encephalopathy (CTE) in the National Football League, the fight is finally over.  It is now universally recognized and accepted that CTE is real and a devastating problem.  That fight is finally over.

The fight has not even yet begun regarding concussions in non-sporting traumatic events.  The most common cause of non-sports-related TBIs is motor vehicle collisions.  Data from the US Center for Disease Control (CDC) indicates that motor-vehicle related incidents account of 50% of all TBIs in the US.

CAR ACCIDENTS ARE A MAJOR CAUSE OF CONCUSSION INJURIES.

Data collected by the author shows that 60% of the victims of moderate to severe car accidents have suffered a concussion.  Well more than half of that group have flown under the radar before presenting. They have either initially failed to seek medical treatment or the concussion was initially ignored by the medical doctors. It remains a truly “silent epidemic”.

Day after day, we see victims of motor vehicle collisions who present with classic symptoms of a concussion.  Many who have sought medical care have been treated in a manner totally contrary to the recommended medical literature. Assessed in a manner that is grossly below the standards of sports medicine and grossly below the standards established in the medical literature.

A concussion is a “mild” traumatic brain injury in terms of the initial symptoms.  However, in many cases, the long-term effects are not “mild” at all.  In fact, reliable studies have proven that Post Concussion Syndrome can occur later without any immediate objective symptoms of concussion.  Concussions can result in devastating permanent disability with the potential for lifetime and life-altering disability of cognitive function, vision impairment, balance disorders, hearing loss, emotional and psychiatric disorders, and general health problems.

The public and the medical community has been dragged, kicking and screaming, into a stark realization of Chronic Traumatic Encephalopathy (CTE) in professional football players. That fact was known in the medical literature but largely ignored for 30 years. Many state legislatures have mandated by law the need for concussion screening in youth sports. Not so with non-sporting concussions caused by motor vehicle collisions and workplace injuries.

Lead trial lawyer Douglas Schmidt at the Schmidt Salita Law Team is a personal injury lawyer who has seen case after case where the victims of a car accident, a motorcycle accident, or a workplace injury present days and weeks after the traumatic event with the “classic” symptoms of a concussion injury that has been overlooked because the victim did not seek medical attention or the concussion was overlooked by the medical community when presented.  This has led to hundreds of hours of research into the respected medical literature.  It has led to the conclusion that there is a huge discrepancy between the knowledge in the respected medical literature and the actual practice in the medical community.  It does remain a mystery as to why the medical community continues to ignore this serious problem.  That ignorance is a fact.